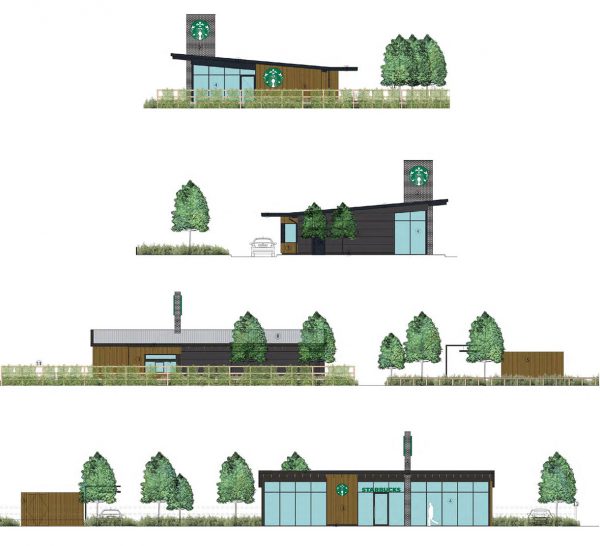 Plans have been lodged for a new drive-thru coffee shop as part of the multimillion-pound regeneration of a prominent site in Grimsby. Starbucks has been named as the first operator to commit to redevelopment of the former Ramsdens Superstore site.

The 1,800 sq ft single-storey Starbucks café designed by The Harris Partnership will include 30 parking spaces and is situated on the corner of Cleethorpe Road and Park Street.

It will be the first Starbucks drive-thru in Grimsby and is set to act as a catalyst for further investment in a development which is expected to create about 200 jobs.

Grimsby-based Ramsden Group has submitted the plans to North East Lincolnshire Council to begin the transformation of the vacant site into a retail and leisure destination.

Nick Ramsden, managing director of Ramsden Group, said: “The Starbucks investment will enable this key regeneration project to get under way, bring new life to a derelict site and deliver major improvements to the street scene.

“This will be the first stage in a major, private sector-led development that will transform the local area and bring significant investment, new businesses and jobs to Grimsby.

“Now, more than ever, Grimsby and its people need investment and a vote of confidence, which this scheme will deliver.”

Ramsden Group’s development partner for the scheme is Hull-based Wykeland Group, which is also the owner and developer of Grimsby’s flagship Europarc business park.

Wykeland development director Jonathan Stubbs said: “We’re delighted to have Starbucks on board for this major regeneration scheme. Pending planning approval, we’re looking forward to beginning the transformation of this key site.

“We’re talking to potential occupiers who are interested in being part of a landmark development that will bring greater choice of shopping and leisure options to Grimsby and make a significant contribution to the overall regeneration of the town.”

Full planning permission is in place for 89,000 sq ft of retail and leisure space on the four-acre former Ramsdens Superstore site. The development will also include parking for more than 200 cars and facilities for disabled people and cyclists.

On Site at Manvers, Rotherham
February, 2023

Construction at Manvers, Rotherham is progressing well on site with Esh Construction. The units will...