The Harris Partnership is behind the approved design of a new 37,000 sq ft Primark store built at Teesside Park.

The approved development will take the place of the former Mothercare unit at the site, which has been vacant since September 2018, and will create 140 jobs in the area.

Stockton Council approved plans which showed how the existing floorspace could be increased significantly through a rear extension and the addition of a mezzanine level.

The designs for the site, which is owned by British Land, will see the existing dated canopies removed and a new high-quality frontage featuring double-height structural glazing added.

Kari Rodgers, Primark UK retail director, said: “We’re delighted to have received planning permission for a new Primark store in Teesside Park in Stockton, cementing our plans for the area.”

The approval is the latest success for The Harris Partnership on the site, having been working alongside British Land as master planner for the park for the last four years. Over that time the architecture practice has focused on ensuring any updates feature clean and contemporary design alongside high quality and usable urban realm that provides visitors with a space to meet and dwell rather than simply pass through.

Teesside Park is owned by British Land and is currently one the largest retail parks in single ownership and features more than 500,000 sq ft of retail space. Built on the former Stockton Racecourse, the site was opened in October 1991. 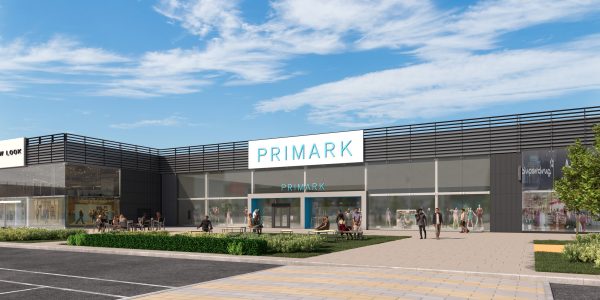