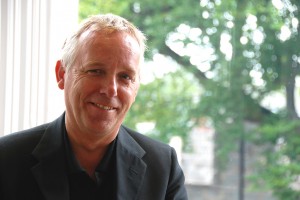 It has been over 6 months since our last newsletter, which is mainly down to the Practice waiting for firm news on some major projects that are in the pipeline.

Finally, movement has occurred and we have started on site on the food production facility for Haribo and also enabling works have commenced on the major retail development in Stafford for LXB.

This puts us in a strong position for the next year, particularly as other projects such as the retail developments at Flemingate, Beverly and the mixed-use town centre Sutton are progressing well.

This issue places an emphasis on employment projects in the light of the Haribo decision.

The Practice has experienced an up turn in this sector with recent projects completing for Geopost at Smithy Wood, Sheffield, as well as a major food production unit nearing completion for Prince’s Foods in Bradford.

In addition, we have commenced on site at The Beacon, Hull for The Horncastle Group on the first speculative office scheme for some time and have two distribution schemes progressing in the North West.

Other employment projects are featured in this issue, which demonstrate a healthy and improving workload in this sector.

I am now hopeful that the employment sectors have turned a corner and that this activity, combined with our retail project pipeline will put us in a strong position for the foreseeable future.