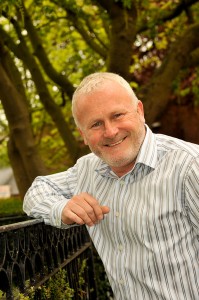 Retail established our practice back in 1984; the out of town boom days were just starting. The big sheds, from B&Q, MFI, Texas, Homebase, Comet and Curry’s expanded nationwide. Supermarkets followed them with new anchors from Safeway to Sainsbury’s and M&S to Morrison’s. We built them all!

Some of these big names have now fallen victim to the recession, with survival only of the fittest. But those that survived have been joined by the new catalysts of development, Aldi, Pets at Home, Wren, Magnet, Costa Coffee, Starbucks, the restaurants from McDonald’s to Frankie&Benny’s and the hotels of Accor to Premier Inn. We are building these too; every commercial site still needs its catalyst – It’s signature to the site kicks off the process and attracts others. It’s quite simple, give the key catalyst exactly what he needs and the rest will follow.

In this continuing austere environment the population wants value for money, retail with food, a coffee, a drink and a bed for the night, town centre or edge of centre, who really cares? If you’re very lucky you can even include the odd cinema. Luckier still, add some residential and discount health club to burn off all those calories. Without the tenants there is no development.

So this is my point: The Government needs to respect and sing the praises of these key catalyst names in the regeneration of our regional towns and cities – they have a format that works, one that has survived the hard times! How many schemes have you got off the ground recently that didn’t include one of the names mentioned above?

The Government says it’s reducing the paperwork and bureaucracy in the planning system, I say bring it on! But let’s also stop these bureaucrats telling these key catalysts how they should change their model standards and method of working, from store sizes to till positions and service points.

Retail, be it food, non-food, roadside or restaurant is still the prime catalyst bringing forward new development in our towns and cities so let’s give it some credit where credit is due, oh and if you need an architect who has built for these occupiers, knows their standards, has the tenacity to jump over the planning hurdles and has a 28 year track record of delivering schemes, whatever the state of the market, The Harris Partnership. Enjoy some recent examples…..