Plans for a major new employment development on the Humber which would provide 4.3 million sq ft of employment space and support the creation of thousands of jobs have been given the go-ahead.

Associated British Ports (ABP) submitted a hybrid planning application to East Riding of Yorkshire Council in 2018 for the Humber International Enterprise Park (HIEP) scheme on a 453-acre site, located between Saltend Chemical Park and the village of Paull. Outline permission has now been granted for the about 4.3 million sq ft of employment space in a number of buildings, with the majority set to be industrial and storage and distribution uses.

An element of flexible space is included for retail, business, hotel, assembly and leisure and other ancillary uses. Part of the site could also be used as a park-and-ride and for a potential rail link to the Port of Hull. Full planning permission has also been given for a spine road which would link the A1033 Hull Road. ABP has been supported in the planning application by a project team including The Harris Partnership, Montagu Evans, Systra, Aecom and Considine.

Councillors voted ten-to-two in favour of approval, subject to conditions, at a Planning Committee meeting yesterday. A decision had previously been deferred at a meeting in February 2021. The decision was made despite 800 letters, as well as petitions of 717 and 40 names, received by the council objecting to the plans.

The approval was in line with the recommendation of a planning officer’s report prepared for the meeting.

The report noted the potential “adverse effects on the living conditions” of some nearby residents, but said the “reasoning for allowing this application has been clearly and convincingly justified, and the substantial public benefits established”. The site has been allocated or indicated for employment development since the 1950s.

ABP leads the coalition that was successful in securing UK Freeport status for the Humber. The region was named as one of eight locations to successfully bid for for Freeport status in Chancellor Rishi Sunak’s 2021 Budget earlier this month. Plans for the £200m Yorkshire Energy Park development on a nearby site were also approved in November 2019. 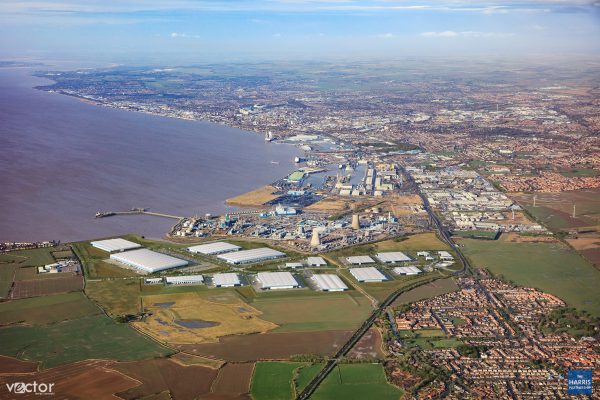 Planners have given the go-ahead for a £3.6 million industrial development on the site of...

Outline planning consent has been secured for a £24m industrial development on the 22-acre site...

The Aldi store at Barugh Green has re-opened its doors today after an extension and...